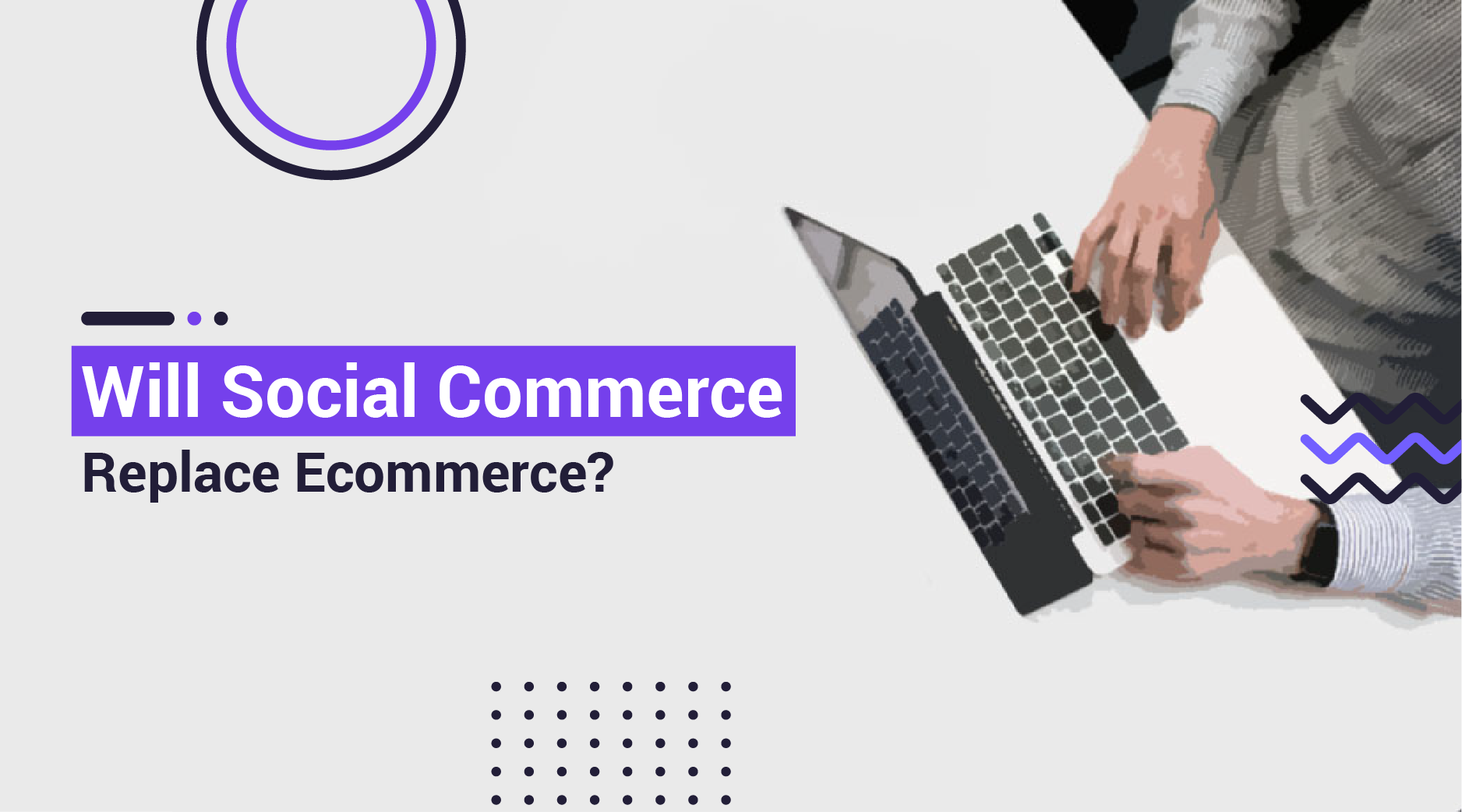 Three huge claims that have, at some point in history, been on everyone’s lips.

Three claims which have all seen some level of truth, but have ultimately failed to come to full fruition.

I mean, most of us still listen to the radio in the car, right?

And email is still, for many of us, the primary driving force for sales.

I’m not saying there’s no truth in the claims, just that they’re often overstated.

Today, I want to examine one more claim that’s currently doing the rounds within the ecommerce marketing world.

Will it? Let’s find out.

Why Social Commerce Could Replace Ecommerce

It’s easy to get swept up in the hysteria around social commerce.

To think that the usage numbers, statistics, and studies are 100% accurate and that it’s going to be the ultimate replacement for ecommerce.

I mean, it’s kind of hard not to when you see things like: 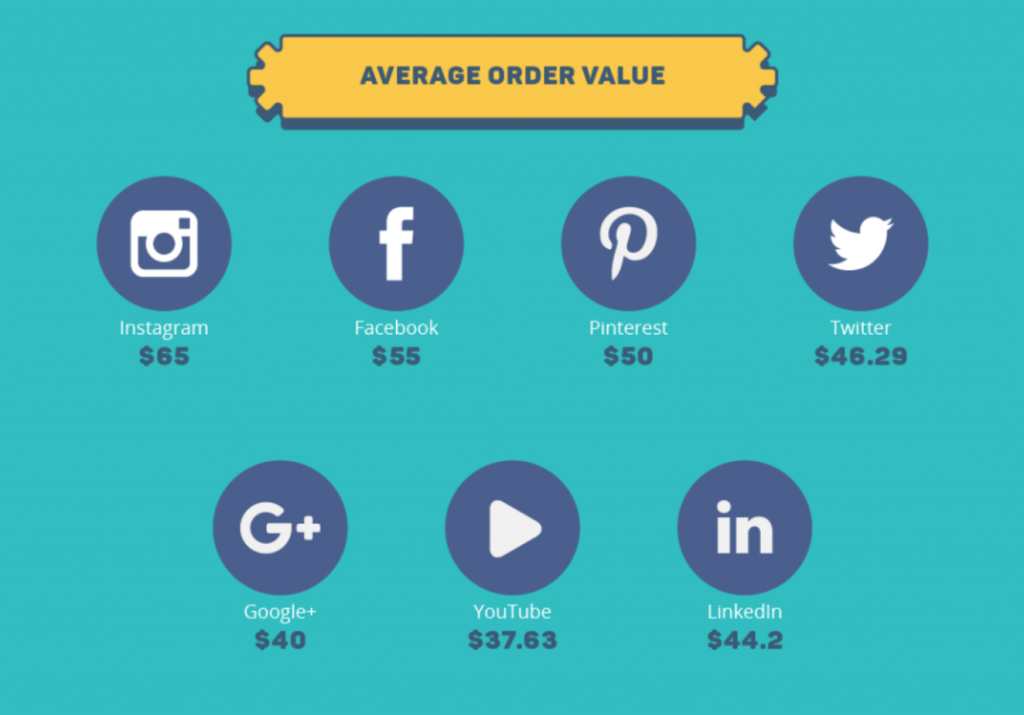 But really, that’s not the main benefit of social commerce or the primary reason people are taking about it.

You see, one of the biggest issues with digital marketing, especially for ecommerce, is the speed (or rather lack thereof) in response times.

As social media networks have grown, user expectations have shifted.

Social connectivity has led to an always online mentality. Your customers expect round the clock responses.

They want swift responses at all times. 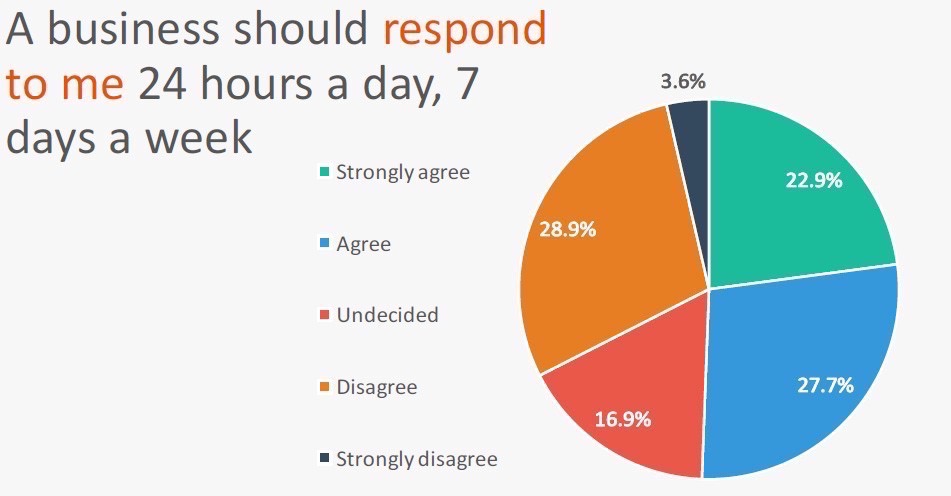 And honestly, when the average ecommerce response time hovers around 12 hours, it’s far too slow. 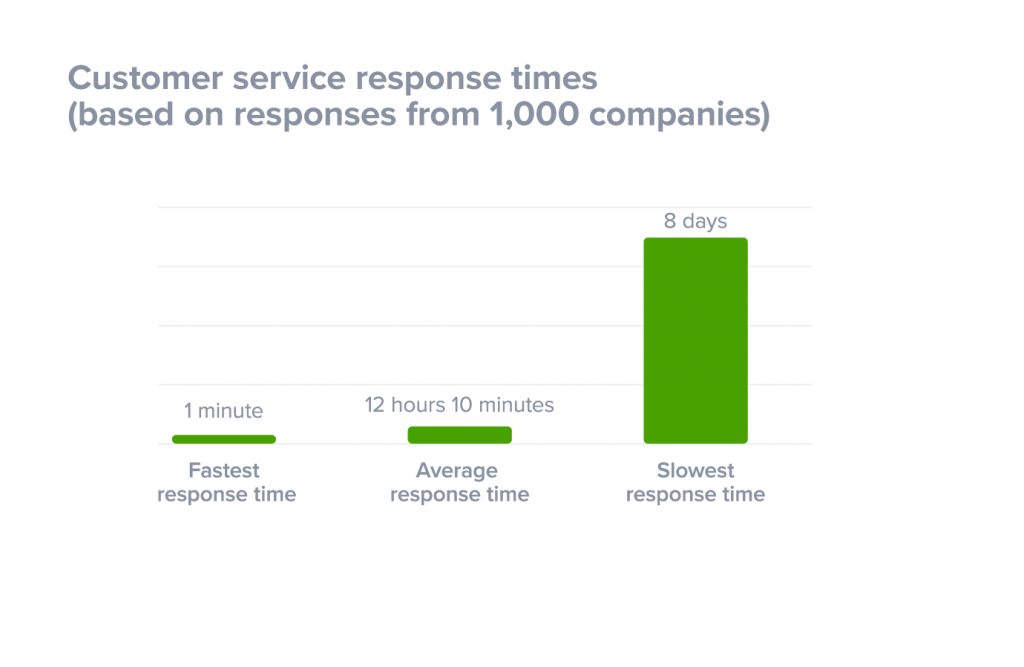 If you put yourself in the consumer’s shoes then it makes complete sense.

You shoot them an email to see when its gonna be back in stock and hear nothing fro at least 12 hours.

Are you just gonna sit around and wait? Or are you going to check other stores?

The latter, right? Because it’s a swifter end to the problem.

Long wait times are the kryptonite to your sales processes. 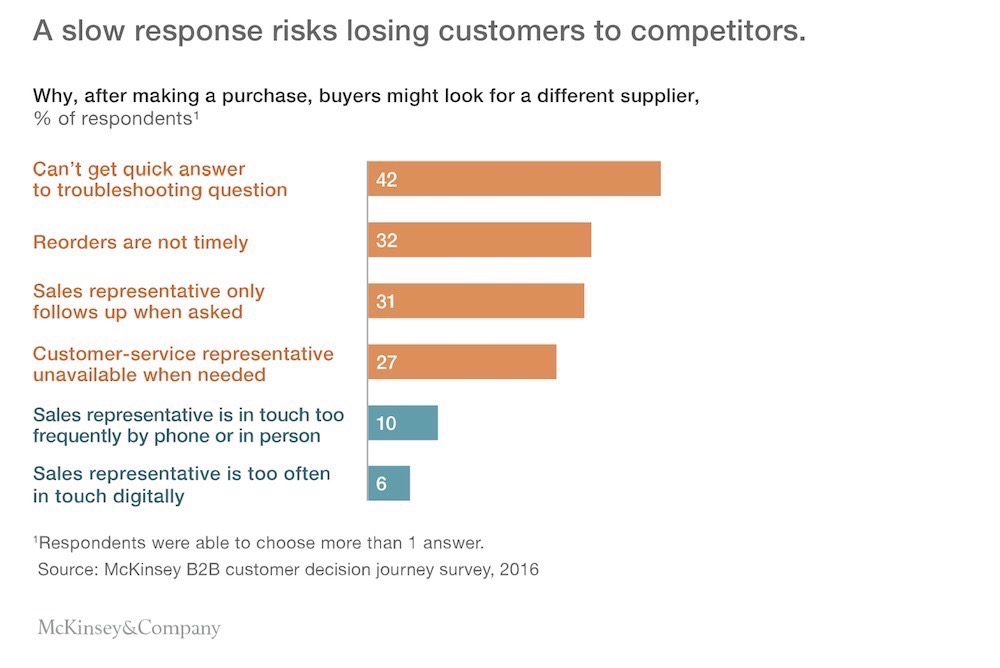 Automated responses and checkouts are a key element of social commerce and answer this huge need in the market.

ChatBotsLife ran the numbers of an automated social commerce chatbot against a traditional ecommerce funnel and discovered that conversions could be up to 35X higher.

35X the sales simply by streamlining your processes for swifter, automated responses.

It’s a stat corroborated by this SproutSocial study which lists responsiveness as the key decision maker in whether consumers purchase from a brand. 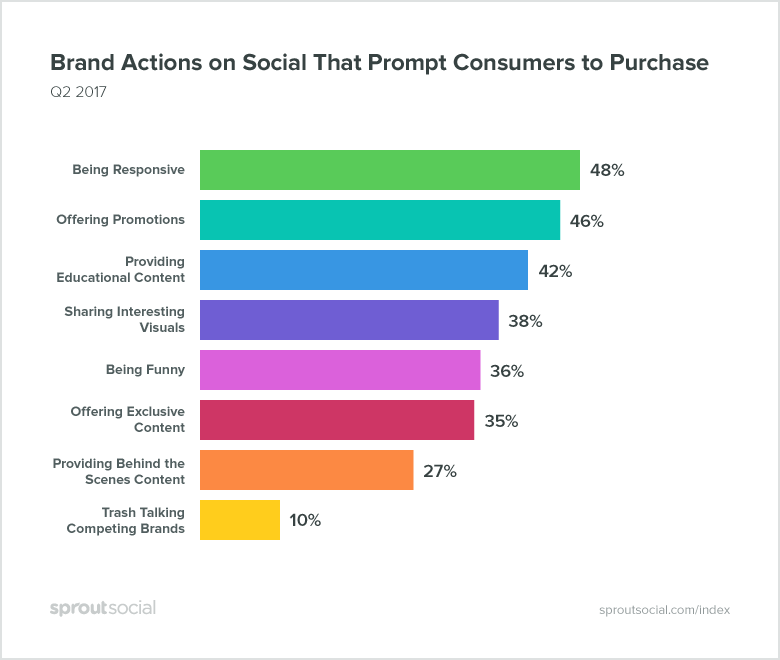 The most important element of social commerce though is that of conversational commerce.

Conversational commerce is a term that’s being bandied around at the minute without any real explanation of what it is or why it’s important.

To quote Chris Messina in this piece;

“Conversational commerce is about delivering convenience, personalization, and decision support while people are on the go, with only partial attention to spare.”

That’s what social commerce really comes down to. It’s convenience and personalisation.

Its a far cry from the “buy from me!” one directional marketing we’re used to with email campaigns, paid ads, and even blog posts because it actively involves the consumer.

The proliferation of social has deepened the relationships between brands and customers.

Good marketing is no longer the act of a faceless entity sending generic messages to anonymous users, but about fostering conversations and real life connections.

87% of customers want more meaningful relationships with the brands they purchase from. 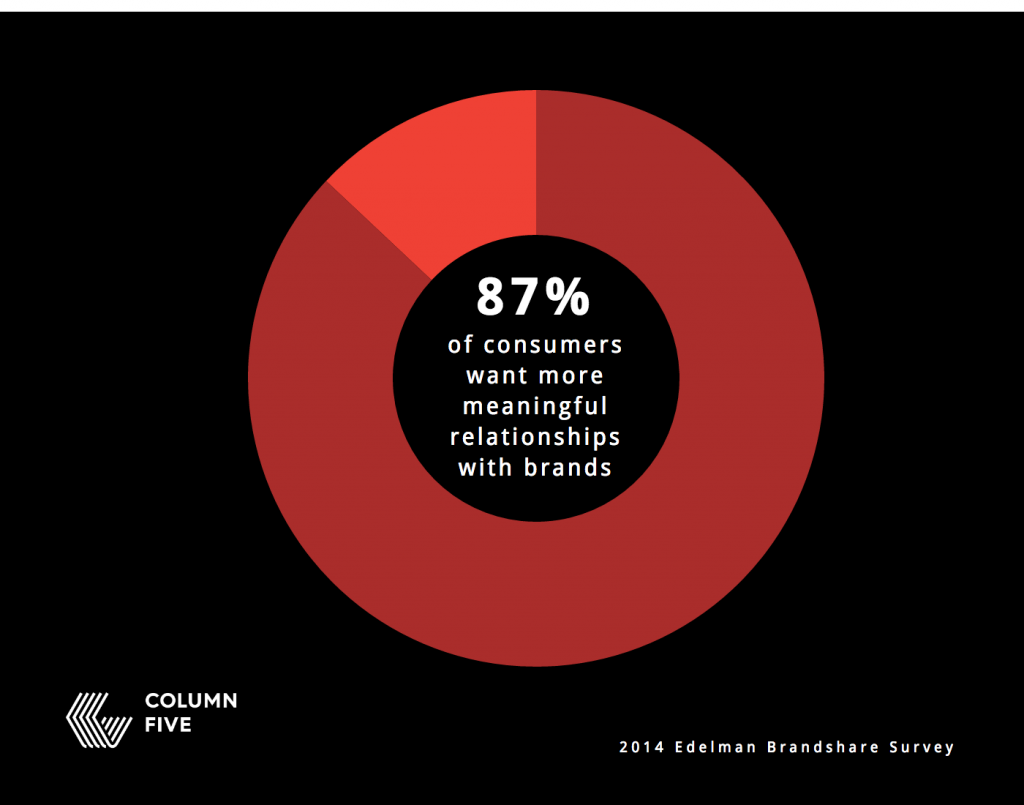 And the best way to foster any sort of relationship, be it personal or professional, is through conversation.

It connects with customers with their brand voice and assets to lead them to a logical purchase decision.

And not just to drive the purchase fore the purchases sake, but to help the user find the right product for them.

Below is an example from the Marvel campaign that drove a 58% conversion rate when selling tickets for Ant Man & The Wasp.

Notice how it’s personable but still reminds the user of the brand.

Notice how there’s no real hard sell, but a conversation based on getting them the right seats, times, and theatre?

That’s what social commerce does best.

So, from that you’d obviously think this is pretty much it for ecommerce, right?

This is the end game for them and we should all delete our stores and head to jumper.ai for their powerful social commerce solution.

Any industry thrives on news of developments.

We’re all looking out for the next shakeup that could help small brands grow large or see big brands grow further or fall.

Social Commerce is one of those new developments.

It’s a shakeup in the industry, and right now, everyone is excited by it.

However, the hype kind of outpaces the actual impact of social commerce.

I’m not saying that social commerce isn’t a useful addition to your marketing strategy. I’ve seen it generate massive conversion rates and thousands of dollars.

But just as TV didn’t kill the radio star, mobile has not completely replaced desktop, or Messenger hasn’t made email obsolete, social commerce will not destroy ecommerce.

Talk to any marketer worth their salt, ask them what you should be focusing on, and you’ll usually get the same response.

Dig deeper, and these folk will also tell you that to do this, you’ve got to go further than simply building your social following.

It’s why as soon as these big networks make an amendment to their algorithm’s or terms of service, you see marketers the world over scrambling.

Scrambling to ensure they’re compliant and that they’re still able to sell through the network.

These changes can also massively affect your profitability.

You need look no further than the last year or two for evidence of this.

Earlier this year Facebook made changes to the subscription messages brands are able to send via Messenger.

A change that’s massively affecting the frequency and content of messages brands are allowed to send.

A little before that, Zuckerberg hit Facebook with this message.

The short version of the above is that Facebook is changing the priority of messages so you see less from brands and more from friends and family.

Another gut punch for marketers out there.

You’re building your house on someone else’s land and leaving yourself open to their whims.

However, if you own your own commencer store and email list, no one can take what you’ve built from you.

That store and those customers will be yours until they decide they no longer want to buy or hear from you.

This is one of the two fundamental difference but the key reason why social commerce won’t be the death of ecommerce.

The other is in the process of purchasing through social commerce.

Right now, the majority of social commerce campaigns revolved around individual products. The status updates and ads you run will aim to increase sales of only a single item.

Selling tickets to a single event

That’s great if you can get the targeting perfect, but what about when a user wants to search their favourite store’s selection of t-shirts?

There’s very few social commerce campaigns out there that are able to mimic the search ability and filtering options of a real ecommerce store.

Social commerce is great for the individual product, but not great for browsers.

So What Does the Future Hold for these Two Channels?

I want to reference the opening of this piece again here.

We all know the common phrases I quoted.

Breaking the right radio station can make a music star.

Desktop is still a conversion powerhouse for online shopping.

Just as all of the areas that were supposed to die off have survived and thrived, so too will ecommerce.

It’s much like video. Video didn’t kill the radio star but offered another channel to reach their audience, grow their brand, and make more sales.

You see, social commerce is not a replacement for ecommerce. It’s an addition, one which makes parts of selling online super, super simple.

Think of it in the same way as you do PPC ads, email marketing, or even content marketing. They’re methods to help your store gain more sales, none of which are a full replacement on their own.

Social commerce’s strength is in the streamlined journey making it ideal to sell low cost products.

People might not cruise social media for products to buy, but if something pops up they want and it’s only $10, it’s hard for them to say no.

If you grab their email address you can continue to market to them.

I do think that social commerce offers some key benefits over ecommerce. Chief among them is the ease of purchase.

With attention spans dwindling, reducing the purchase journey to two clicks is always going to do well.

However, the real question is will social commerce always remain little more than an addition?

Will Social Commerce Ever Replace Ecommerce?

No one knows this for certain, but if you look at some of the other social commerce campaigns out there there seems to be a push to replicate many of the features of an ecommerce store.

Take the now defunct eBay shop bot as an example. With this eBay tried to replicate the ability o search a store for specific products through a social messenger app.

However, for the best examples you’ve got to look to the East.

China is years ahead of the west when it comes to social commerce. They’ve managed to integrate mobile assisted shopping into both the real world and their various social channels.

They’ve been so effective at doing this, that the social commerce revenue is predicted to reach $170 billion by the end of the year.

One of the most recent breakout service sin China is PinDuoDuo which allows you to drive the price of a product down by also getting friends to purchase it.

This idea is so popular that they recently received $1.4 billion in funding. 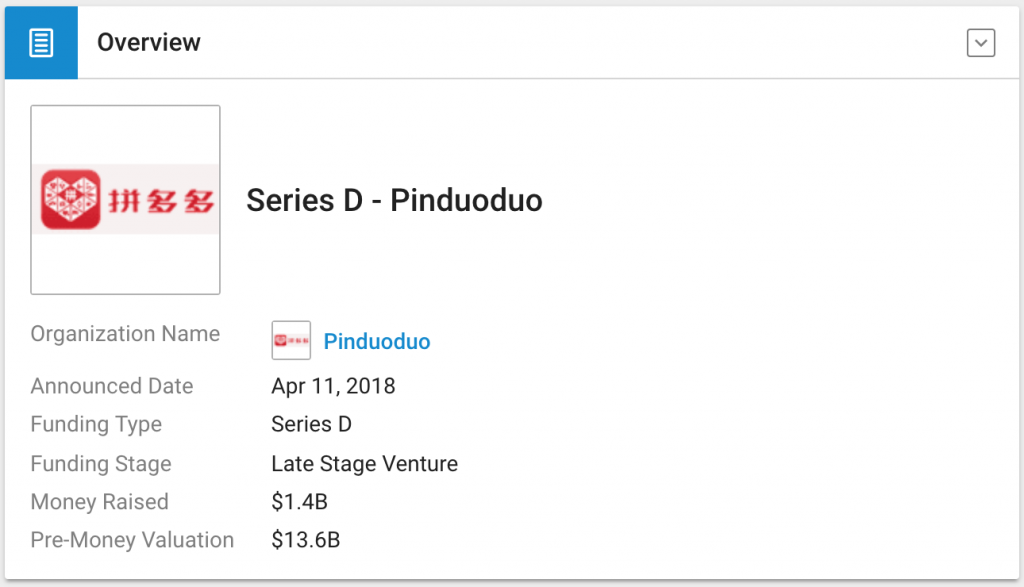 And yet, you still see a huge presence of AliBaba and other smaller store based digital commerce solutions like TMall and TaoBao.

Personally, I do not think that social commerce will ever fully replace ecommerce.

It will serve an incredible purpose as a very profitable addition to existing ecommerce strategies. but that’s it.

It’s going to help make you more money, but you need your own store.

If you’ve not yet started a social commerce campaign to raise just how much money it could make you, sign up for a free jumper account right now.